India’s IT industry contributed around 7.7% to the country’s GDP and is expected to contribute 10% to India’s GDP by 2025.

IT & BPM Industry in India 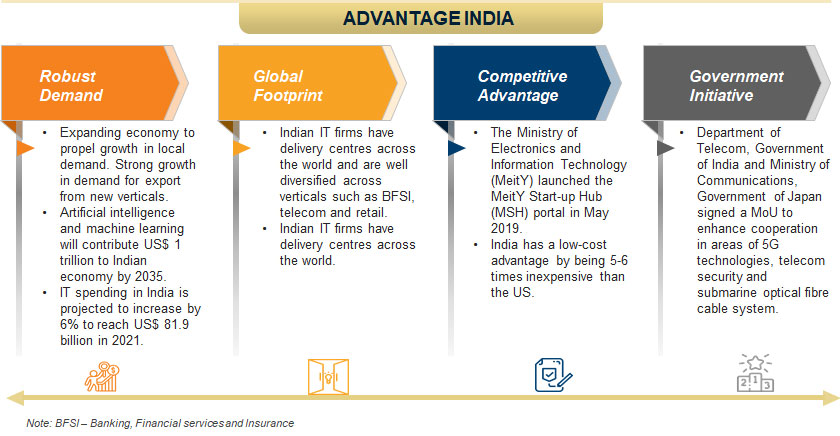 The global sourcing market in India continues to grow at a higher pace compared to the IT-BPM industry. India is the leading sourcing destination across the world, accounting for approximately 55% market share of the US$ 200-250 billion global services sourcing business in 2019-20. Indian IT & BPM companies have set up over 1,000 global delivery centres in about 80 countries across the world.

India has become the digital capabilities hub of the world with around 75% of global digital talent present in the country.

Indian IT's core competencies and strengths have attracted significant investment from major countries. The computer software and hardware sector in India attracted cumulative foreign direct investment (FDI) inflows worth US$ 62.47 billion between April 2000 and September 2020. The sector ranked 2nd in FDI inflows as per the data released by Department for Promotion of Industry and Internal Trade (DPIIT).

Leading Indian IT firms like Infosys, Wipro, TCS and Tech Mahindra are diversifying their offerings and showcasing leading ideas in blockchain and artificial intelligence to clients using innovation hubs and research and development centres to create differentiated offerings.

Some of the major developments in the Indian IT and ITeS sector are as follows:

Some of the major initiatives taken by the Government to promote IT and ITeS sector in India are as follows:

India is the topmost offshoring destination for IT companies across the world. Having proven its capabilities in delivering both on-shore and off-shore services to global clients, emerging technologies now offer an entire new gamut of opportunities for top IT firms in India. The industry is expected to grow to US$ 350 billion by 2025 and BPM is expected to account for US$ 50 55 billion of the total revenue.

Notes: * - As per Gartner, ^ - Artificial Intelligence 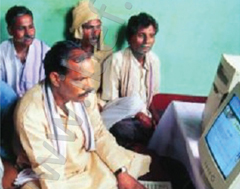 India has the fastest internet traffic growth globally and is expected to have 348 million users by 2017, up from 138 million in 2012.