GOI allocated Rs. 111 lakh crore (US$1.4 trillion) under the NIP for FY2019-25. Sectors such as energy, roads, urban and railways amount to ~71% of the projected infrastructure investments in India. 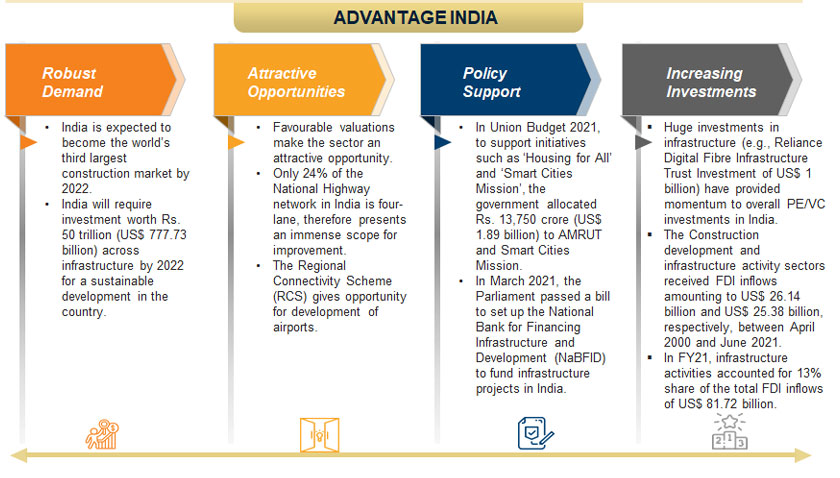 The infrastructure sector has become the biggest focus area for the Government of India. India plans to spend US$ 1.4 trillion on infrastructure during 2019-23 to have a sustainable development of the country. The Government has suggested investment of Rs. 5,000,000 crore (US$ 750 billion) for railways infrastructure from 2018-30.

India and Japan have joined hands for infrastructure development in India's Northeast states and are also setting up an India-Japan Coordination Forum for Development of Northeast to undertake strategic infrastructure projects for the region.

India has the third largest road network in the world spanning over 3.3 million km.