India is ranked 12th in the world in biotech and third in Asia-Pacific. 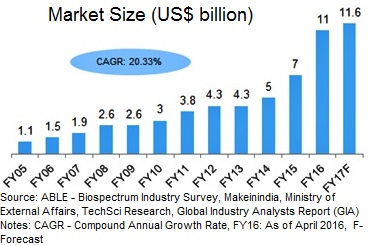 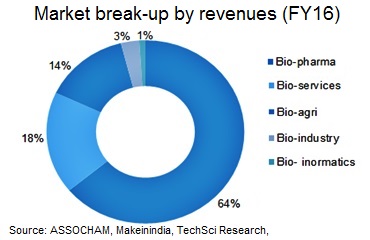 India is so big, we can’t ignore it, we always keep it on our radar

The biotechnology sector of India is highly innovative and is on a strong growth trajectory. The sector, with its immense growth potential, will continue to play a significant role as an innovative manufacturing hub. The sector is one of the most significant sectors in enhancing India's global profile as well as contributing to the growth of the economy.

India is among the top 12 biotech destinations in the world and ranks third in the Asia-Pacific region. India has the second-highest number of US Food and Drug Administration (USFDA)–approved plants, after the USA and is the largest producer of recombinant Hepatitis B vaccine. Out of the top 10 biotech companies in India (by revenue), seven have expertise in bio-pharmaceuticals and three specialise in agri-biotech.

India has no dearth of talent in biotechnology, as a number of institutions, both government and autonomous, provide the necessary opportunities for the students seeking to obtain a degree in this sector. The Government of India has provided adequate scope to this sector by providing facilities for Research and Development (R&D) in the field of biotechnology.

The Indian biotech industry holds about 2 per cent share of the global biotech industry. The biotechnology industry in India, comprising about 800 companies, is expected to be valued at US$ 11.6 billion in 2017. The government has to invest US$ 5 billion to develop human capital, infrastructure and research initiatives if it is to realise the dream of growing the sector into a US$ 100 billion industry by 2025, as per Union Minister for Science and Technology, Mr Harsh Vardhan.

The high demand for different biotech products has also opened up scope for the foreign companies to set up base in India.

India has emerged as a leading destination for clinical trials, contract research and manufacturing activities owing to the growth in the bio-services sector.

India's biotech sector has attracted significant amount of attention over the past two decades. Several global companies have aggressively joined hands with Indian companies due to India's strong generic biotechnology potential. Some of the recent investments and developments in this sector are as follows:

A Network of Technology Centres and promotion of start-ups by Small Industries Development Bank of India (SIDBI) are among the steps taken by the Government of India to promote innovation and entrepreneurship in the agro industry proposed by the Ministry of Micro, Small & Medium Enterprises (MSME) in a new scheme. The Government of India has taken several initiatives to improve the biotechnology sector in the country as well as offer enough scope for research in this field. The Department of Biotechnology (DBT) along with other government funded institutions such as National Biotechnology Board (NBTB) and many other autonomous bodies representing the biotechnology sector, are working together in order to project India as a global hub for biotech research and business excellence. Some of the recent major initiatives are as follows:

With the country offering numerous comparative advantages in terms of R&D facilities, knowledge, skills, and cost effectiveness, the biotechnology industry in India has immense potential to emerge as a global key player.

India constitutes around 8 per cent of the total global generics market, by volume, indicating a huge untapped opportunity in the sector. Outsourcing to India is projected to spike up after the discovery and manufacture of formulations. Hybrid seeds, including GM seeds, represent new business opportunities in India based on yield improvement.

India currently has a marginal share in the global market for industrial enzymes. Hence, there is an opportunity in focused R&D and knowledge-based innovation in the field of industrial enzymes, which can innovatively replace polluting chemical processes into eco-friendly processes that also deliver environmental sustainability. Another interesting field of study is the area of bio-markers and companion diagnostics, which will enable to optimise the benefits of biotech drugs.

India is so big, we can’t ignore it, we always keep it on our radar 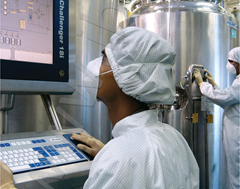 The Indian biotechnology sector is expected to clock US$ 10 billion in revenue by 2015 on the back of emerging opportunities from around the world.

India is among the few countries that has emerged as one of the fastest-growing digital economies over the past few years, characterised by 90% growth in terms of digital...

As per the National Industrial Classification, there are 24 subcategories in the manufacturing sector. These categories include beverages, food products, textiles, chemic...

The pandemic lockdown across the country has brought economic activity to a near halt. Amid this situation, the government is expec...

India is currently witnessing a downward trend in its daily COVID-19 infections and has recorded 7.2 million recoveries; has ~610,000 active cases as of October 2020. How...

With more than 600 million internet users in 2019, India is one of the largest and the fastest growing markets for digital consumers. This substantial growth of digital e...