India ranks 3rd in the world in terms of number of PhDs in science and engineering.

* India is the top exporter of IT products, has the third-largest pharma sector and a fast-growing contract research segment.

* India stands third globally in the number of peer-reviewed science and engineering publications.

* In September 2021, India published the amended Patents Rules (2021) and reduced fees by 80% for educational institutions.

India comes in third place among the world's most desirable locations for technological investments. Being aware that science and technology are essential for economic prosperity, modern India has placed a major emphasis on them. India is ranked as one of the top five nations for space exploration, placing it among the top nations in the world for scientific research. India ranked 46th in the Global Innovation Index (GII) 2021, which is an improvement from the 48th position in 2020. India also moved up to fifth rank in the Global R&D Funding Forecast 2021. The Government is extensively promoting research parks and technology business incubators, which would promote the innovative ideas till they become commercial ventures.

India ranks 3rd in the world in terms of number of PhDs in science and engineering. India remains among the top three countries in scientific publication in SCI journals as per the NSF database.

With support from the Government, considerable investment and development has incurred in different sectors such as agriculture, healthcare, space research, and nuclear power through scientific research. For instance, India is gradually becoming self-reliant in nuclear technology. India also offers various opportunities for research & development and innovations. As of 2021, >70% of the 50 most innovative firms across the world have a research and development centre in India.

Actis, a global investor in sustainable infrastructure, is planning to invest over US$ 700 million in order to acquire and expand assets for its platform aimed at offering real estate to tenants in the life sciences and allied sectors in India. Coforge, a provider of digital services and solutions, opened a centre of excellence (CoE) for the Metaverse and Web3 technologies in India, with the aim to train and upskill over 1,000 people.

The government has announced plans to establish 75 science technology & innovation hubs in India for scheduled castes (SCs) and scheduled tribes (STs) and empower them to contribute to the socio-economic improvement of the country. The government has also launched the ‘AmritGrand Challenge Programme’ called ‘JANCARE’. This programme has been launched to identify 75 start-ups in several sectors such as telemedicine, digital health and mHealth with Big Data, AI, blockchain and other technologies.

The Ministry of Science and Technology and the Ministry of Earth Sciences, in association with Vijnana Bharati (VIBHA), launched the India International Science Festival 2021, a unique platform, with its theme being celebration of creativity in science, technology and innovation for a prosperous India. The government has also launched the Indian Space Association (ISpA) to accelerate technology advancements and strengthen the space sector in the country.

INDIAai and NASSCOM have launched the first edition of the Lab2Market initiative to boost industry-academia collaboration.

DST and GE India are likely to collaborate for Advanced Technology Research, according to the Science and Engineering Research Board. Over the next five years, academic institutes will get up to US$ 2.68 million in funding for research in the fields of energy, healthcare and aviation.

India and the European Union (EU) have signed an agreement on collaboration in sectors like climate modelling and quantum technologies.

From the end of 2025, Skyroot Aerospace intends to launch at least two rockets every month.

Due to increased demand over the holiday season, higher rates, and improved tax compliance, India's tax revenue from the sale of goods and services surged to Rs. 1.51 (US$ 18.29 trillion) in October. 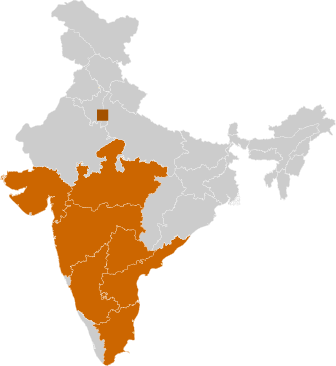 India is the only country to reach mars in the first attempt.