The sector employs over 4.64 million employees and is expected to employ 8.23 million by 2022.

Growth of Gems and Jewellery Industry in India - Infographic 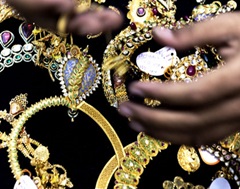 GROWTH OF GEMS AND JEWELLERY INDUSTRY IN INDIA - INFOGRAPHIC