Agriculture in India: Information About Indian Agriculture & Its Importance

India has captured nearly 50% of the world market for rice in FY22.

* A large population and rising urban and rural income is driving the demand. External demand is driving export from agriculture sector.

* Demand for agricultural inputs such as hybrid seeds and fertilizers and allied services like warehousing and cold storages is increasing in India at a fast pace.

* The govt. announced a PLI scheme for the food processing sector with an incentive outlay of Rs 10,900 crore (US$ 1,484 million) over a period of six years starting from FY22.

* The Krishi UDAN 2.0 scheme proposes assistance and incentive for movement of agri-produce by air transport.

The Agriculture and Allied industry sector has witnessed some major developments, investments and support from the Government in the recent past.

According to the Department for Promotion of Industry and Internal Trade (DPIIT), the Indian food processing industry has cumulatively attracted Foreign Direct Investment (FDI) equity inflow of about US$ 25.47 billion between April 2000-March 2022.

In August 2022, a Special Food Processing Fund of Rs. 2,000 crore (US$ 242.72 million) was set up with National Bank for Agriculture and Rural Development (NABARD) to provide affordable credit for investments in setting up Mega Food Parks (MFP) as well as processing units in the MFPs.

In August 2022, Mr. Narendra Singh Tomar, Minister of Agriculture and Farmers Welfare inaugurated four new facilities at the Central Arid Zone Research Institute (CAZRI), which has been rendering excellent services for more than 60 years under the Indian Council of Agricultural Research (ICAR).

A network of 729 Krishi Vigyan Kendras has been established at the district level across the country to ensure that newer technologies such as improved variety seeds of crops, new breeds/ strains of livestock and fish, and improved production and protection technologies reach farmers.

Prime Minister of India launched the Pradhan Mantri Kisan Samman Nidhi Yojana (PM-Kisan) Benefits under the PM Kisan plan have been delivered to about 11.78 crore farmers as of February 22 2022, and Rs. 1.82 lakh crore (US$ 23.97 bilion) have been released to qualified recipients across India in various payments.

India has the largest livestock population of around 535.78 million, which translates to around 31% of the world population

The future outlook of the Agriculture & Allied Industry looks on track with pandemic easing out. India is expected to achieve the ambitious goal of doubling farm income by 2022. The agriculture sector in India is expected to generate better momentum in the next few years due to increased investment in agricultural infrastructure such as irrigation facilities, warehousing and cold storage. Furthermore, the growing use of genetically modified crops will likely improve the yield for Indian farmers. India is expected to be self-sufficient in pulses in the coming few years due to concerted effort of scientists to get early maturing varieties of pulses and the increase in minimum support price.

The interest to safeguard the support extended to the agricultural sector in form of subsidy by the government will be protected in the G20 deliberations being held under India's presidency, Mr. Narendra Singh Tomar said.

The Agriculture Infrastructure Fund (AIF) has mobilized more than US$ 3.7 billion (Rs. 30,000 crores) for projects in the agriculture infrastructure sector.

IFFCO, Amul, and three others to promote exports of the new co-op society...

The Cabinet Committee on Economic Affairs (CCEA) has approved a proposal to establish three national-level multi-state co-operative societies to promote organic products, seeds, and exports, which will be registered under the Multi-State Cooperative Societies (MSMC) Act, 2022. 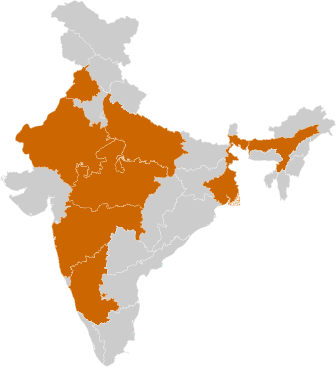 India is the world's largest producer, consumer and exporter of spices